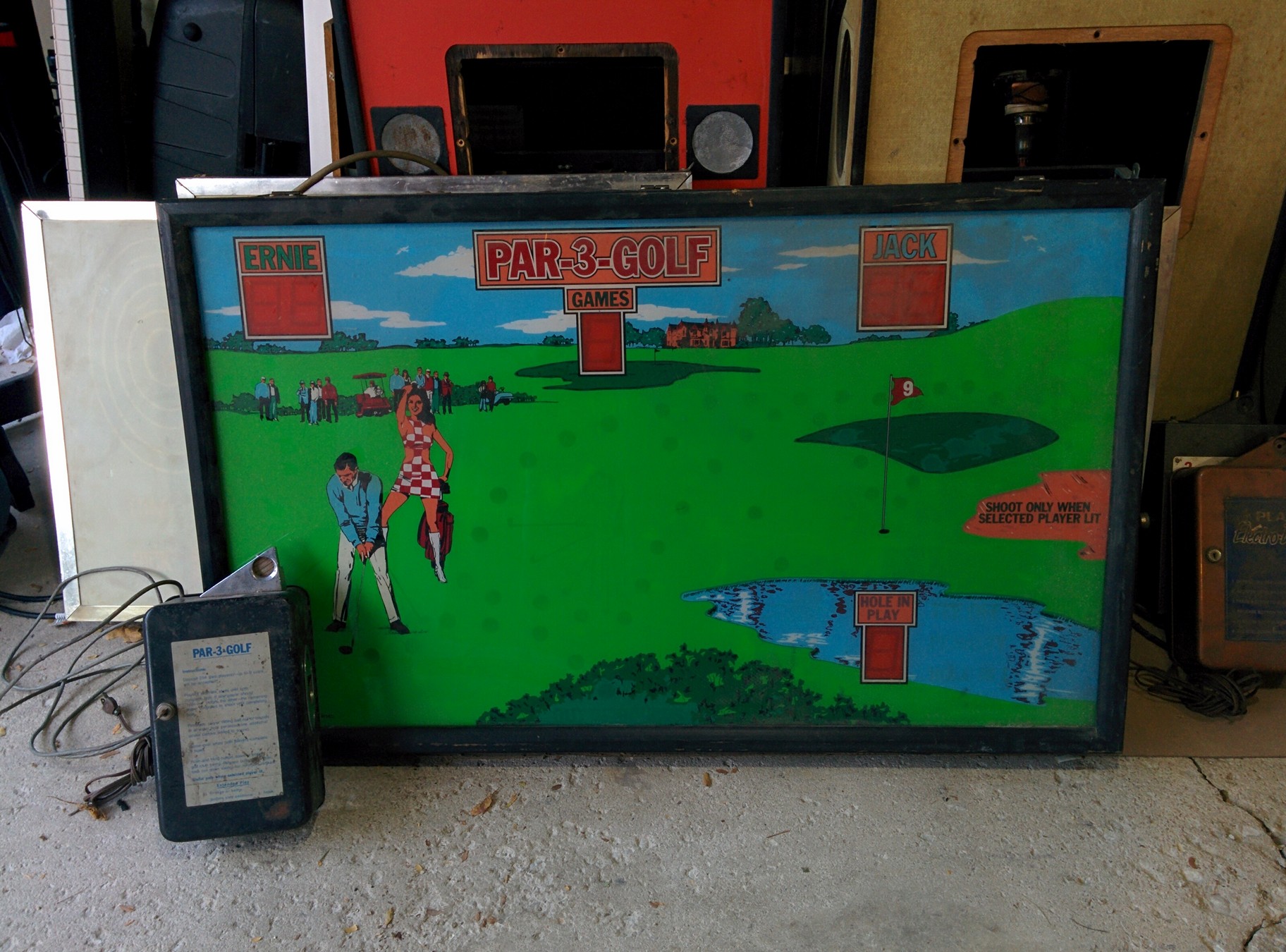 After devoting years to this hobby, travelling to collector shows, and even raiding countless operator warehouses and barns, it’s hard to find something we haven’t seen before. But, lo and behold, we present to you: wall games. Granted, these games are before my time and were mostly on location in bars, so the likelihood that I would have come into contact with one in my youth was slim, but still! In case you’re as unfamiliar with these games as I was, basically, wall games are simple one-button controlled electro-mechanical (EM) games that can be mounted on walls. Primarily sports themed, these games pitted two people against one another to see who had the faster reaction time responding to the lighted displays. These games feature many of the same mechanisms you’d find within an EM pinball or arcade machine, but just mounted on the wall. 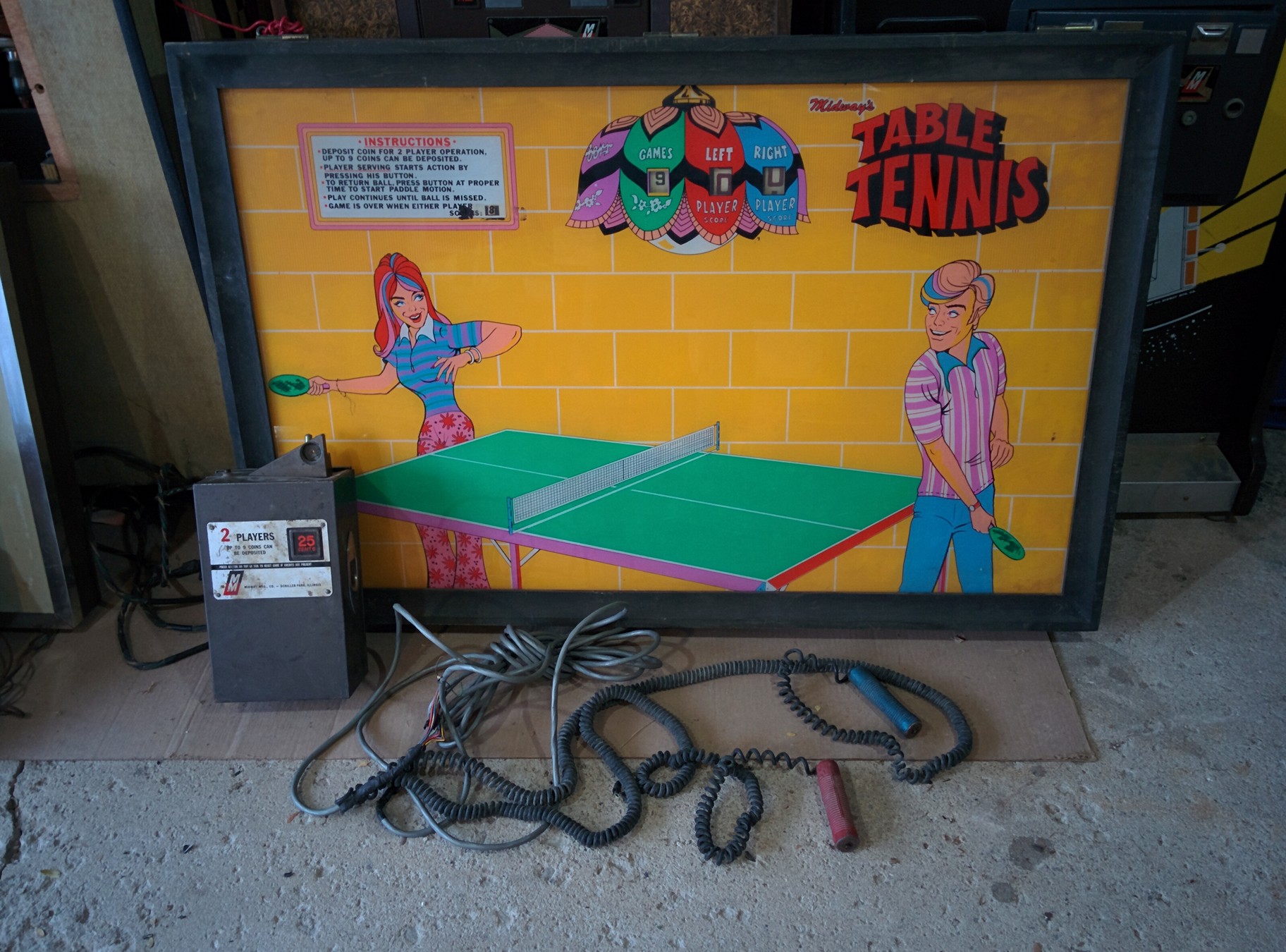 Wall games were brought to our attention by  Toby (aka KLOV user choppertheDog) who recently saved a few games from being tossed into the dumpster. He describes his experience and luck finding both a 1976 Midway Table Tennis and a Par-3-Golf wall game:

(A) Little over a month ago I picked up 4 dead wall games that were literally doomed for the dumpster the next day. Having never touched anything EM before I wasn’t really sure how far I would get with this thing. Brought it in the house on Monday and had the damn thing working in about 4 hours. The motor mount grommets on both motors were completely shot and were basically causing the motors to act locked up from their own weight. All moving parts needed a complete tear down and degreasing along with cleaning all the contacts. Cleaned up the wiring for the coin box and added a molex connector inside the unit for the coin box and controls. Pretty fun game, neat to hear the orchestra of solenoids clicking away and motors churnin’ during game play. Plus it looks badass on the wall with the coin box. 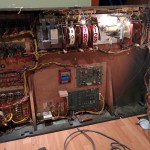 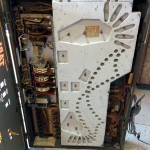 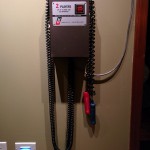 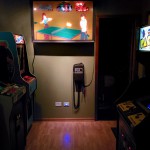 Toby provides some video of the game fully functioning below, but because it was only focused on the display, we reached out to him for some more clarification on just what the gameplay is like:

(The) game only needs one credit (I dropped 2 coins in the video cause it’s such a sweet sound). The wired handles are colored the same as the colors in the lamp shade. It is a 2 player only game, but as humans we have 2 thumbs. And yeah, you’re just waiting on the best timing to strike the ball, but the motor control board alters the speed of the ball and paddle motor at points of the game.

To learn more about these interesting games, visit wallgames.com where they have an handy (albeit basic) introduction to wall games page. You can also follow along with Toby’s progress on his Arcade Controls post. If you have your own wall game in your basement gameroom, shoot us a picture so we can document and share this interesting forgotten style of game.