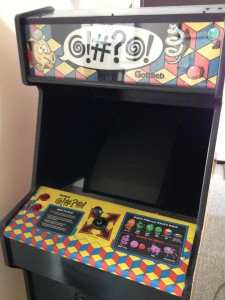 Sometimes things that appear too good to be true, in fact, are actually legit. Like what, you ask? Oh, you know, like a one-of-a-kind Q*bert prototype machine being listed on eBay with a Buy-it-Now price of only $450! That’s the good fortune that KLOV user koolmoecraig found himself in when browsing the arcade listings on eBay recently.

According to his post on KLOV and mentioned on the eBay listing, koolmoecraig’s new Q*bert prototype machine was purchased for home use by a former Gottlieb/Mylstar executive. Supposedly the game has less than 100 hours of playtime and is in pristine condition, having been in the former executive’s basement for 30 years. The machine is visibly different than regular production Q*berts. First off, if the marquee looks uniquely different from a normal machine that’s because it is. This prototype machine sports custom hand-drawn marquee art featuring the much-desired “swearing” Q*bert. Additionally, the most noticeable aspect of the prototype machine appears to be the stenciled side panel artwork that is vastly different from the final side art sticker that shipped on the regular run machines.

Some other differences that may not be so noticeable include a slightly different control panel overlay and a Gottlieb trademark that remains constant on the attract screen. Yet to be confirmed is if the game comes with the much-loved cabinet knocker installed. Typically, Q*bert arcade games are highly-sought after and can command up to $1000 for a typical game in nice condition. Finding such a gem at such an amazing price is utterly amazing! This is a true treasure that rests safely in the hand of a valued collector where this important piece of arcade history can be preserved. 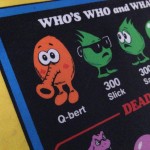 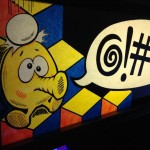 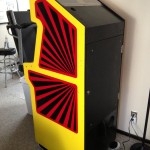 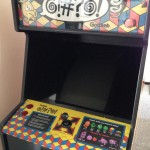 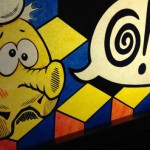