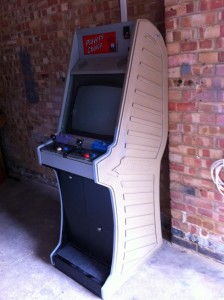 As most of you know I’m a big fan of Nintendo’s Playchoice 10 arcade machine. It allowed folks to play NES and arcade classics for a quarter a pop in arcades and Pizza Huts across the country (it was also heavily featured in the 1989 Fred Savage classic – The Wizard). The typical style cabinet was a dual monitor upright. However, there was also a countertop version and a conversion kit that you could throw in a standard Donkey Kong style cabinet. However, there has been an interesting discovery recently from a member of the KLOV community. Check out the cool cabinet to the left – yep, that’s factory.

Learn more and see a larger picture after the jump.

From what I was told by the seller, these machines were only sold in the UK and they were manufactured by Brent Leisure as a cheaper alternative to Electrocoin machines. Its a very nice machine which needs some work to make it fantastic again!

If you notice, one interesting fact is that the artwork on the marquee clearly titles this machine as a “Player’s Choice” rather than a “Playchoice”.  While this cabinet has been known to exist, there was no information on it other than a small picture on http://playchoice.riemen.net/rep_cabinets.html . It should be noted that the cabinet is also unique in that it is NOT made of wood, but rather molded plastic. Playchoice 10 continues to rise in popularity and with the hardcore collectors out there, I’m sure this cabinet will be worth a pretty penny. 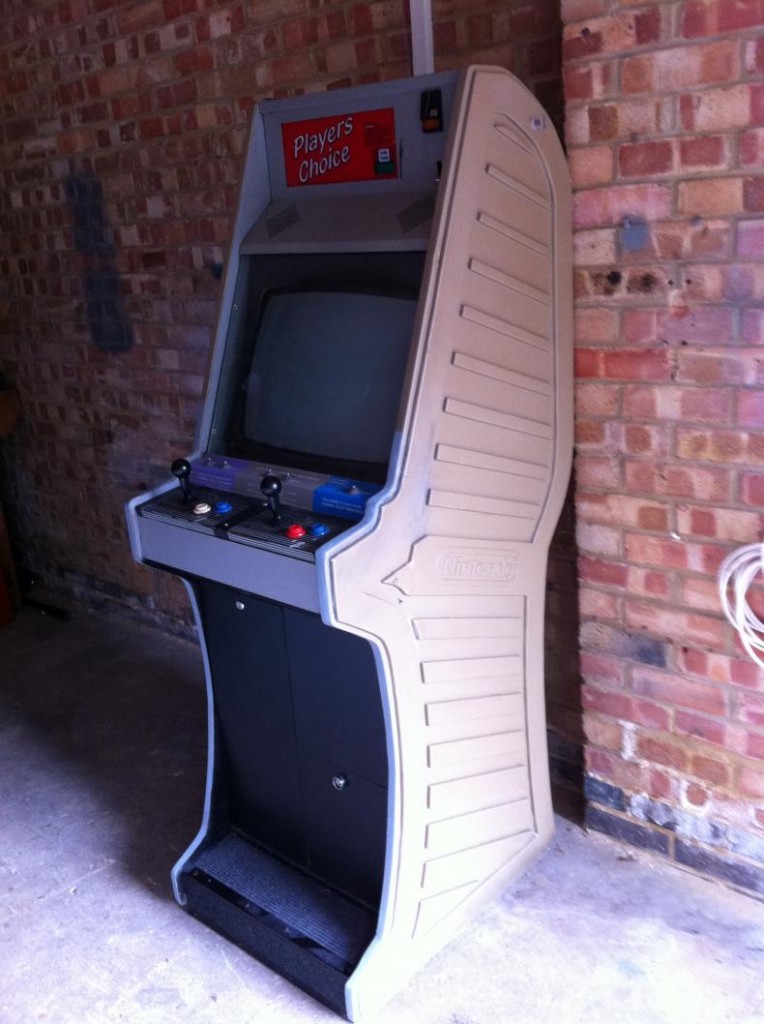