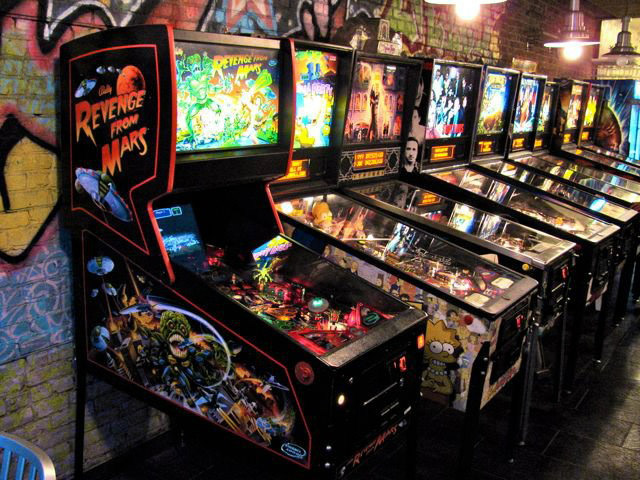 If you’re ever in New York City and are craving some authentic New York-style pizza, look no further than a fantastic brick-oven restaurant in the heart of Brooklyn. Fratelli’s Brick Pizza Joint has only been serving the local Williamsburg community for a short time, but it has already become a neighborhood favorite and something of a national draw for pinball enthusiasts. Everything about this place screams “authentic NYC” from its graffittied brick walls, its AMAZING thin-crust pizza, to its thick Brooklyn-accented owner named Vito. However, the biggest draw comes from the fact that it has the largest collection of pinball machines on location around. 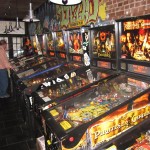 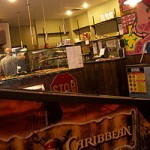 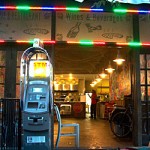 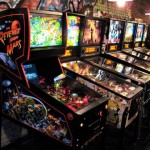 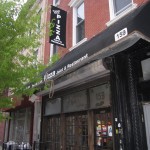 According to a recent Wall Street Journal article, there used to be 10,000 pinball machines on location in New York City, and now there are only around 70. Taking that into consideration, then the nine pinball machines lining one entire wall of the restaurant make up a large percentage of those games. Initially, Fratelli’s opened just serving what it serves best – New York-style pizza. However, being slightly off the beaten path, the owner (who loves the silverball) decided to add a pinball machine or two to the menu. What was two soon became four, and once the law requiring an arcade license for the number of machines on location was raised from four to nine, the number of games more than doubled to its current lineup.

Most of the titles are modern-day stern releases from “World Poker Tour” all the way through “Sopranos”, “ Family Guy”, “Lord of the Rings”, and “Big Buck Hunter”. The Williams’ attempt to revitalize the pinball industry is represented with the Pinball 2000 title “Revenge From Mars” as is Bally’s “Addams Family” – the number one-selling pinball machine of all time. Aside from the variety, what’s most surprising is that all the machines were working 100 percent. No out of order signs here, just fast-paced fun for the whole family.

Don’t let the pinball machines distract you too much, however, as the main focus of this establishment is their tasty pizza. So, if you’re in between a fast and furious game of pinball, be sure to have Vito whip you up one of his delicious pies. I had the meat-lover’s pizza with pepperoni, bacon, and thinly-sliced Italian sausage. According to some of the locals, the vodka pizza is a must as well.

If you’re local to the New York City area, be sure to drop in on Thursday nights for the pinGolf tournament run by the local pinball club, Pinball New York City. So if you’re visiting New York, make sure to “shoot” out to Brooklyn, “bump” over to Williamsburg, and “score” a slice of heaven. You’ll win every time.

Be sure to check out our upcoming interview with Allen Cihak, who operates the amazing pinball machines on our yet-to-be-released Episode 8 of the podcast.