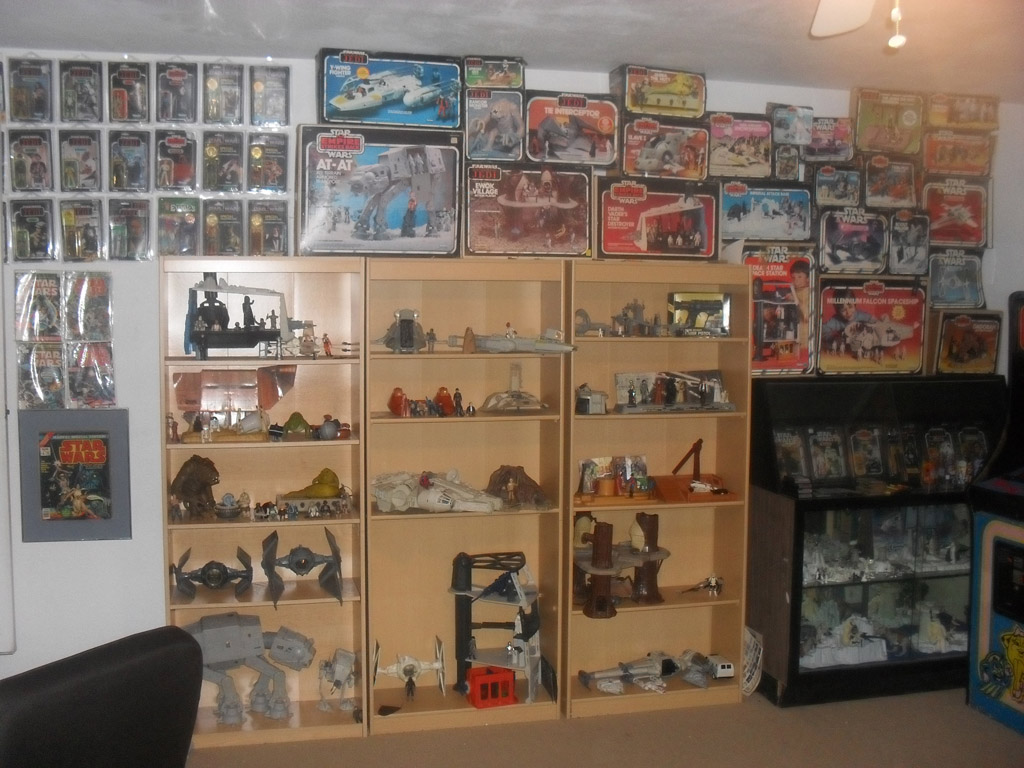 For most people to venture to an honest-to-goodness arcade filled with classic video and pinball machines they would either have to recall a forgotten time “long ago” or make a journey in their car so distant it may as well be to “a galaxy far, far, away”. However, for Paul Meadors, all he has to do is take a few small steps down the hall.  It is there that visitors encounter an amalgamation of geekdom so glorious it makes the planet-destroying power of the Death Star as harmless as a Nerf gun – “Funguy’s Arcade!”

Many people claim to be Star Wars fans, but Paul exemplifies the term to its full extent – a fanatic! After moving into his current home eight years ago, Paul devoted a small room to display his love of Star Wars. The walls were covered with everything from action figures to posters, to bed sheets! However, it wasn’t enough, that is, until Paul secured a publishing deal for his book LETTERS TO EBAY. With the proceeds of his humor book (which is conveniently for sale – hint, hint), he was able to move out of the small room and convert his entire 19’x 18’ garage to contain his obsession. Now he would have plenty of room to show off his numerous high-end collectibles. Everything was going according to plan until a conversation with a friend that would lead Paul to “the Dark Side.” 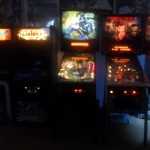 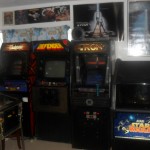 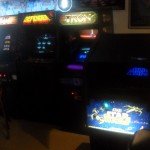 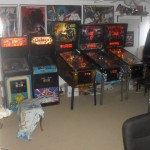 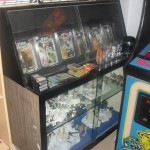 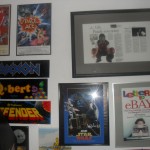 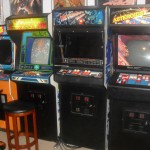 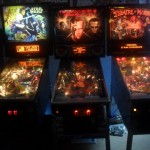 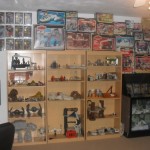 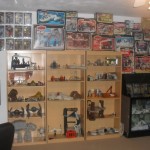 The conversation that took place alerted Paul to an Asteroids machine in a local pizza parlor that was for sale for only $300. It was then that one nostalgic passion had to slide over to share room with another and, as collectors say, “the sickness began.” It wasn’t as if this one machine instilled a new-found love for these arcade games from nothing. No, it simply reignited a passion that existed since he was a young boy.

Since I’ve always been obsessive/compulsive, my thoughts and actions were dominated by video games as a youth. I would always get this big wave of anxiety if I knew I was going to be near some video games. We lived a half an hour away from the nearest mall and they had the famous Aladdin’s Castle. I can still remember those anxious feelings riding in the car and would literally run to the arcade when we entered the mall. They also had those great looking tokens and there was no greater feeling than having a pocket full of them. There was also a Kangaroo game in the grocery store a walking distance from our house growing up. I discovered that if you hit the coin return with just the right force it would give you free credits. Let’s just say that I offered to go to the store whenever my mom needed something!

Being the eBay aficionado that Art Farkas – I mean Paul Meadors is, it comes to no surprise that his next gameroom purchase was a mostly-complete, partially-working Galaga that he scored for $25! A little elbow grease (from a friend) and Galaga was able to take its place next to Asteroids in the new arcade. Those two games began a collection that would expand to include a total of nine full-sized uprights, three pinball machines, and the centerpiece of Paul’s gameroom and the perfect marriage of his two hobbies – a 1983 Atari Star Wars Cockpit.

It fits perfectly with the theme of the room and gets the most plays. It’s the closest experience most of us will ever have a flying a real x-wing and the stereo sound coming from the back is breathtaking. When I leave the game on, simply hearing the attract mode music, including the cantina theme, is worth the price alone.

Paul has had to sell some of his Star Wars collectibles to make room for the new gameroom additions, however they exude a commanding presence, taking up an entire wall filled with display cases, mint-in-box Kenner action figures, comic books, and more.  Although the games and toys themselves make up a big part of Paul’s gameroom experience, an even greater part comes from the emotions these objects conjure up.

I think the total ambiance of everything great from the 1980s (makes my gameroom unique).  When people enter my game room I absolutely love it when they say, ‘Hey, I remember that game’ or ‘I had that Tie Fighter when I was young’ or ‘You have a TRON??!!.’ I’m a big nostalgia freak and helping friends re-live those great childhood memories brings me much joy.

The only problem with having a gameroom filled with toys is a welcome one – keeping it clean due to his three young daughters playing with the vintage collectibles. It is not unusual for him to come home to Ewoks covering the floor.  Paul is very happy with his current collection and has toyed around with the notion of getting more games, but that would mean ridding himself of more Star Wars collectibles – something he isn’t willing to do…yet. He has no doubt that even if additions can’t be had without sacrifice, then perhaps trading for different games could accommodate the itch. The Force is strong with this one.