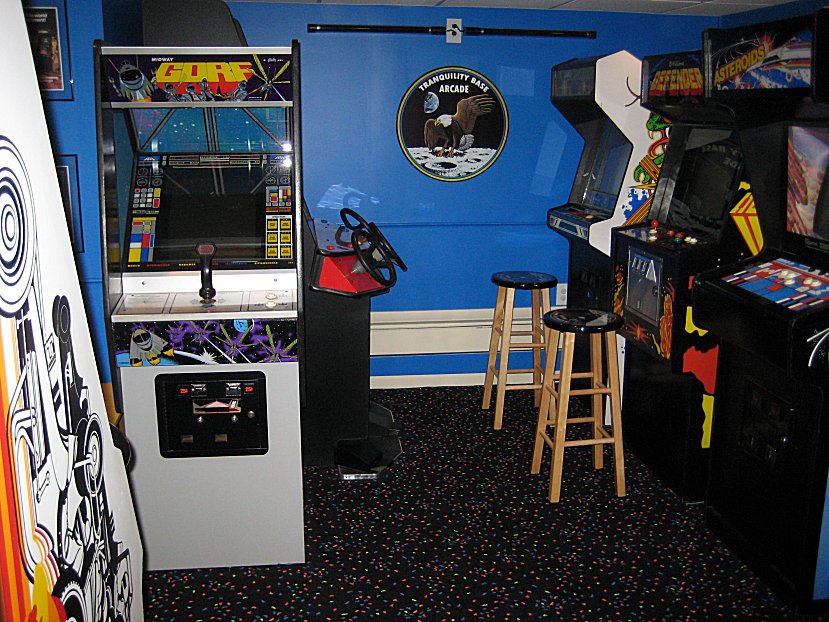 If you compare the games of the 70’s and 80’s to the games of today, most seem antiquated, if not prehistoric. There was no 3-D technology, no motion sensors, and you had to use – GASP! – your hands to play them. However, if you were a kid during that period, you were lucky enough to experience first-hand some of the most advanced technology of the time. There was always excitement over the new games to come out and the new features contained within – color monitors! High score saves! Trak balls! In Alan Radue’s youth, the electromechanical and black and white games seemed “larger than life”. As an adult, Alan has been fortunate enough to capture that sense of wonder and excitement of his youth by creating a space that is truly out of this world – Tranquility Base Arcade!

I was ‘dragged’ through arcades by my older brother and cousins in the early 70’s. At that time everything was electro-mechanical and B&W video games were just showing up.  I grew up with Pong, an Atari 2600, then an Atari 400, then an Atari 800.  (I was) always trying to duplicate that incredible arcade experience at home.  Playing sports and arcade games were the main focus growing up in the 70’s and 80’s.

As a professional engineer, it is no doubt that these high-tech gadgets played an important role in shaping Alan. However, it wasn’t until a chance purchase of a Super Chexx “bubble” Hockey machine in 2007, that he would become fully engrossed with them.

(It) was like stepping into a time machine when I dropped the first quarter into it.  Suddenly realizing I grew up during a time that is now considered to be ‘The Golden Age of Arcades’, it instantly inspired me to once again create something in my own home. If you were alive in the 60’s or 70’s and became an engineer there is a good chance you were a huge fan of NASA growing up….I was no exception.  So when I decided I needed a theme for my arcade….what better than the greatest engineering marvel this world has ever seen – the Apollo 11 moon landing.  Thus, Tranquility Base Arcade was born.

Prior to their transformation into a classic arcade nirvana, Alan’s oddly-shaped basement rooms were used entirely for storage.  But reminded of off-the-wall arcades of his youth, he slowly began converting room after room of his basement creating alcoves of nostalgia along the way. Being an engineer means Alan has an advantage over the rest of us. Not only does he have the skills to run electrical wiring, and dry wall his basement, but he can also repair circuit boards, rebuild monitors, and create unbelievable lighting effects with color-changing LED doorways.

Alan’s extensive collection includes golden age classics like Defender, Asteroids, Berzerk, Gorf, and Centipede, but one of the biggest highlights of Tranquility Base Arcade is the strong showing or the oft-forgotten black and white titles like Tank, Gunfight, and Space Encounters.  In fact, those black and white games outnumber the titles with color monitors. A time capsule could be one way to describe the basement arcade, especially when several of the games where purchased after only one year in the wild and almost 30 years in storage, and all of the games are 100% complete with original parts, service manuals, and more. 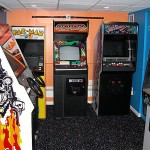 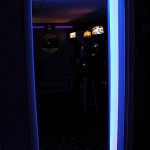 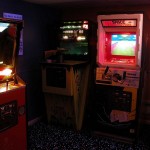 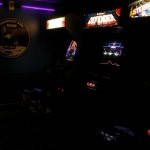 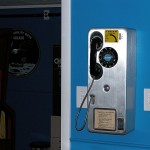 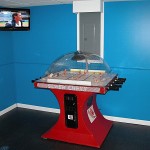 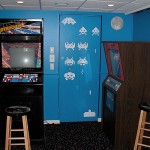 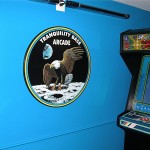 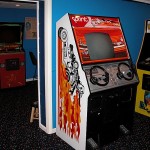 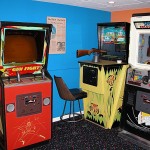 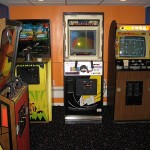 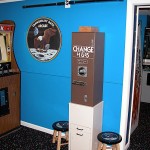 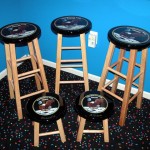 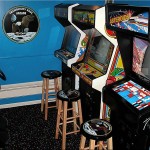 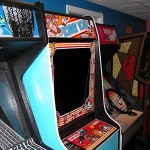 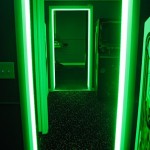 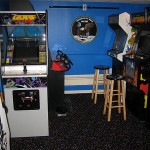 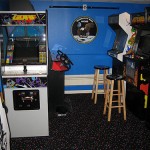 A true gameroom junkie, Alan has added personal touches to create a truly unique space. Aside from the amazing visual effects, Tranquility Base Arcade stays true to the NASA theme with a custom sign, custom stools, news clippings, and a vintage Cold War-era phone that allows guests to listen in on the actual audio recordings of the Apollo 11 moon landing. Blacklight carpet and an Ardac coin changer that dispenses quarters round out an impressive display of vintage gaming that would send even the most experienced gamer into orbit.

I’m positive most of us agree that Alan’s arcade is perfect the just the way it is, but he’s not so sure. He’s currently converting another small 10×10 room into a lounge area complete with a wet bar, a flat screen TV, and the Chexx Hockey table that started it all. I’m confident that when that project is finished, Alan will find yet another improvement to make or add to his gameroom. While some of us are content to quietly reflect on our past through the simple remembrances of our youth, it is through collectors like Alan and his Tranquility Base Arcade that we are reminded to not be content to stay mired in the staus quo, but rather set our standards high and shoot for the stars.