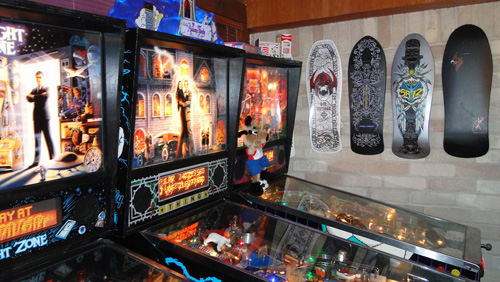 When those of us who consider ourselves “gameroom junkies” were younger, quarters were precious commodities. A quarter could equal thirty seconds of frustration spent on a game we never played, or if practiced enough, a quarter would allow us to spend a half hour or longer in sheer electronic bliss. Whether short or long, the problem was never the fun that came after dropping a quarter into a coin-op game, but rather getting enough quarters to get our “fix.” Many of us vowed that later in life, we wouldn’t have to be reliant on quarters to play the games we loved because we would own the machines themselves and set our own rules.  It is with this mindset that Joe Reyna set about to create his very own “Gold Mine Arcade.”

Growing up begging his mother for quarters to play games in Houston area Gold Mine Arcades, Collector Joe Reyna will never have to worry about needing them again – now that he has amassed a collection of arcade and pinball machines in his own home.  Numbering close to 50 in his collection, Joe,

“Picked out the games that I played (in my youth) for my home arcade – the ones that were the most fun and you never forgot! It is full of mementos of my youth that remind you of those years when you were carefree and happy” 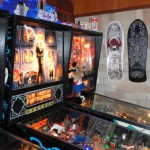 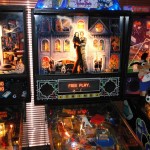 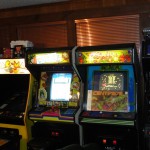 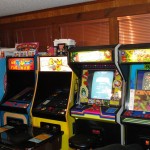 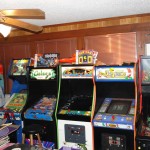 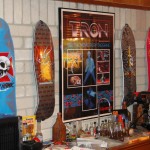 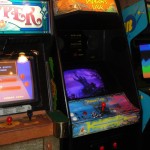 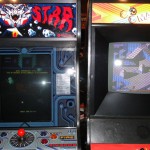 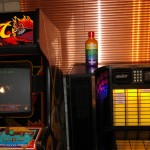 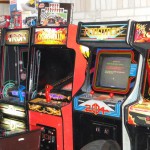 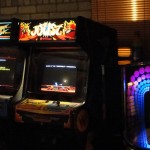 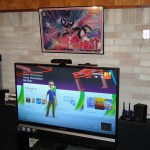 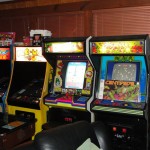 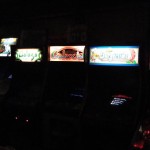 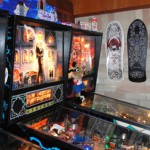 While the Gold Mine arcades of Joe’s youth supported a gold miner’s theme, Mr. Reyna’s gameroom has closeted the pick-axe and allowed for a more personal touch. Lining the walls of his gameroom are posters featuring classic arcade games like Tron and Tempest, an extensive collection of skateboard decks, and classic board games to mirror their full-size brothers and sisters. Of course, the games themselves are prominent mainstays of any gameroom. Joe’s collection conisists of almost any big-name classic you can think of – from Pac Man, Centipede, and Joust, to some rarer titles like Tapper, Satan’s Hollow, and Sinistar. Rounding out his extensive collection of video games are seminal pinball titles like Twilight Zone, Addams Family, World Cup Soccer, and Revenge From Mars.

Although when asked what his favorite gameroom feature was, Joe proudly boasts,

“My 1977 Seeburg SMC1 Disco Jukebox. Every Selection you press puts on a song that either makes you sing or dance!”

However, based on my conversations with Joe, I would say what makes his gameroom unique is the bond it creates to bring his family closer together. From connecting with his son over the love of a Twilight Zone episode that led to picking up the pinball machine of the same title, to spending time with a loving wife who supports his hobby enough to help him pickup games, to friends and family enjoying a cold Corona and reliving their youth, Joe shares his love of the game with those for which he cares most. While Joe says the next step for the gameroom is an expansion to hold more games, it might be stated his love of the game has also reached maximum capacity.

Be sure to listen to Joe Reyna share his stories in Episode 5 of the Gameroom Junkies Podcast!