When we interviewed Art Sumner on episode 3 of the Gameroom Junkies Podcast, we were teased with tales of fully restored games, dedicated classics, and MAME-drived cabinets. Here, for your enjoyment are pictures and video of “Arturo’s Arcade Lab”.

Art originally began playing arcade games the way many of us did – finding them whenever and wherever he could, from convenience stores to airports. Love of the games led him to have a custom “arcade” cabinet built to house console games as a youth. Time passed and the golden age of arcades became only a fond memory. However, with the purchase of a new home and an empty space whispering sweet-nothings into his ear, Art’s arcade dreams were slowly fulfilled. 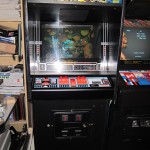 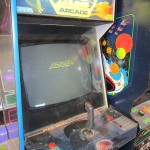 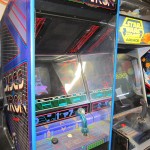 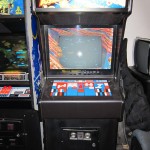 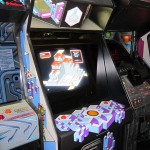 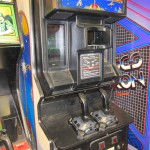 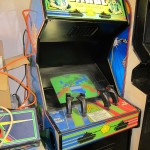 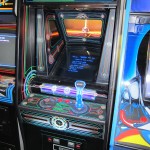 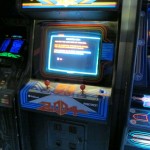 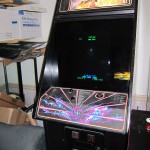 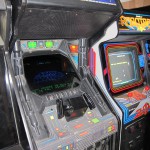 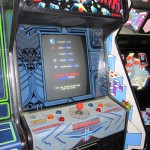 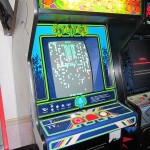 After a trip to a Super Auction held in Atlanta, Art became the proud owner of a High-Impact arcade cabinet that became a full-featured MAME machine. His first dedicated classic, an Asteroids, soon followed. From there, the floodgates opened. Art has probably had close to 100 games pass through his garage doors over the years. Many games that he collects come to him as converted monsters, but he faithfully restores them to their former glory. Due to availability of rare circuit boards and the problematic reliability of 30-year old hardware, many of Art’s restorations wouldn’t be possible without the help of MAME software. While the internal components may be different, the cabinet and gameplay are indecipherable from the original.

I currently have about a dozen “keeper” games in my collection… most of which I have done some kind of work on to make them functional and presentable. From full cosmetic restoration to complete internal overhaul, I keep experimenting and finding ways to get the most out of these machines.

Going on the belief of, you work with what you have, Art’s gameroom is sort of an arcade “alley” that is almost solely a single long row of arcade cabinets that leads to a larger opening with a couple more games, a couch, and a computer. The door to his workshop is accessible from his gameroom and there you can find a whole other row of working cabinets and a small refrigerator for a bottle of suds. Highlights from Arturo’s collection include a Journey, A Discs of Tron, and a custom Space Paranoids cabinet. When asked what sort of decorations he has in his gameroom, Art simply sates, “games, and… games.”

Be sure to check out Art’s blog at http://arturosarcadelab.blogspot.com/. Noteworthy posts include tutorials on how to mount a PC monitor in a Midway cabinet, how to adapt an arcade monitor frame to accommodate a PC monitor, and How to use a computer power supply in an arcade cabinet. Art continues to restore games, build MAME systems, and sell some of the prettyiest, but also some of the UGLIEST multicades around Atlanta. Even though Arturo’s Arcade Lab may create a few Frankensteins along the way, it’s this kind of experimentation and devotion to keeping the gameroom alive that we need to further the hobby.