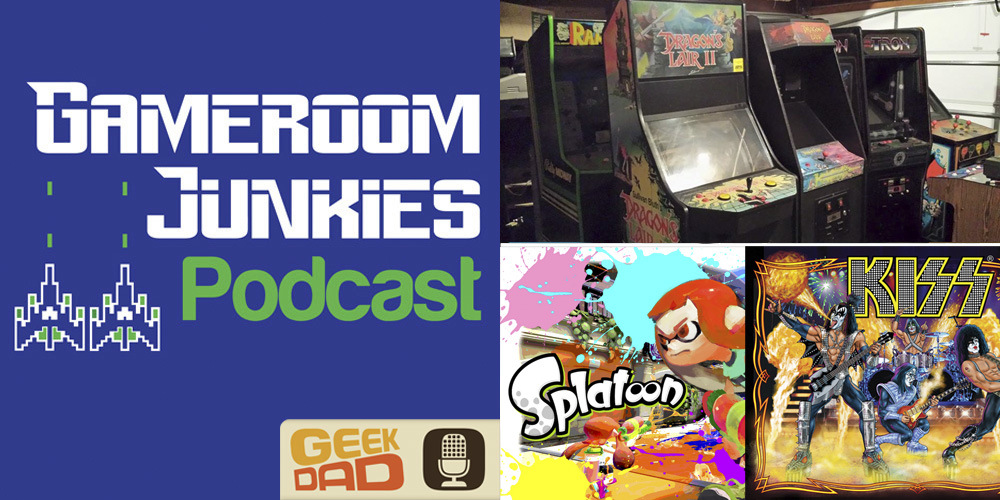 In the time since the last Gameroom Junkies podcast, there has been a bunch of game room news released, most notable of which is the announcement of the new KISS pinball machine from Stern. Hosts Preston and Patrick dive right into the show to talk about their thoughts on the KISS theme, the new edition of Rock Band, Marvel’s Daredevil TV show (pinball sighting!), and the 2015 inductees into the World Video Game Hall of Fame.

After some updates on what changes have been happening in their respective gamerooms, The Junkies discuss an epic bulk buy of classic arcade games in Mobile, AL including Tron, Dragon’s Lair, Gauntlet and more. In the “Console Corner” segment, Bryan gives the scoop on two new console games releasing this summer: Splatoon and Witcher 3. Bryan and Preston also go down memory lane with Slugfest, a ’90s pitch-and-bat game from Williams Electronics.

Before closing out the show, Patrick and Preston give a rundown of all the upcoming fun to be had at the Southern-Fried Gameroom Expo in Atlanta June 19-21, 2015. Special thanks to Easy CoinUp for being this month’s sponsor and providing some samples for contest prizes in this episode. This show is packed with great gameroom content, hopefully enough to tide you over until next month!

Don’t forget, you can listen to Gameroom Junkies by using the streaming player above, or you can subscribe to us on iTunes or Stitcher. If you like the show, please leave us a review. You can also find us on social media though Facebook and Twitter.