This article originally appeared on GeekDad.com. It is reprinted with permission. 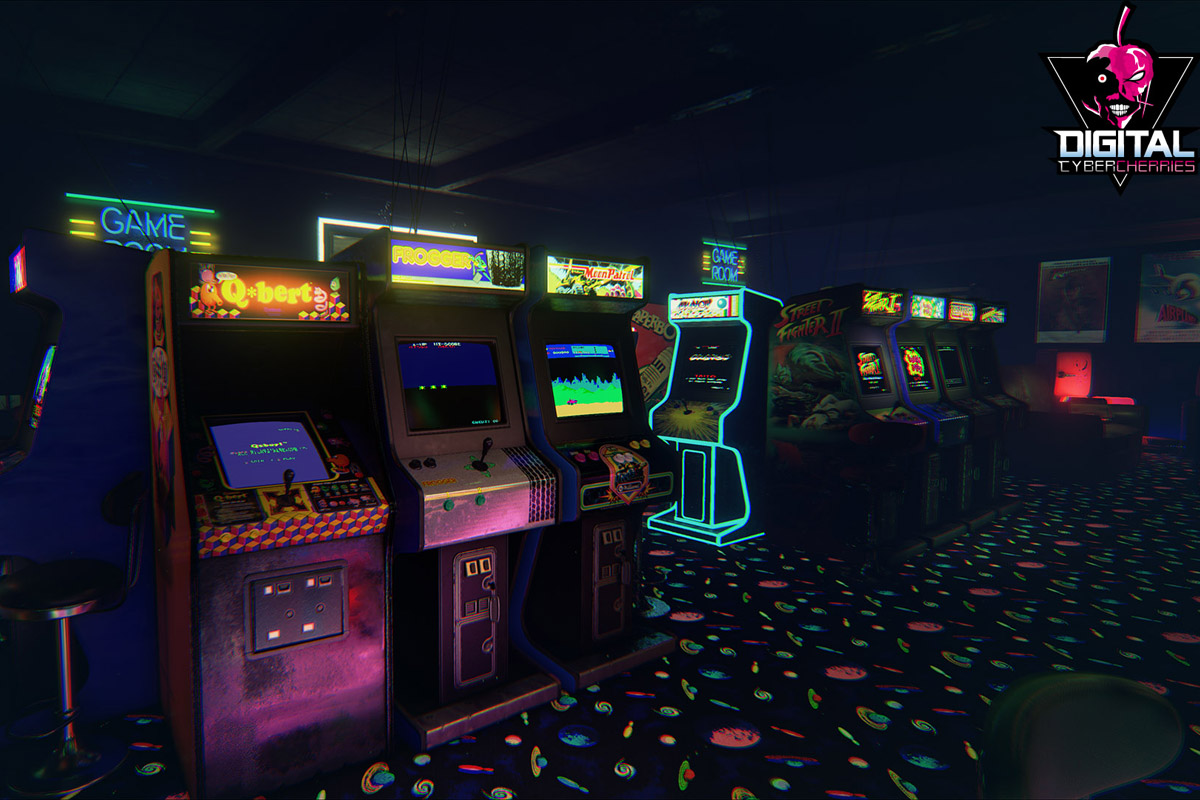 Not all of us are fortunate enough to have the time, space, or means to cultivate our own personal retro arcade. Though many people would love the opportunity to chomp pellets on a vintage Pac-Man or destroy Space Invaders, finding original hardware can be tough. And let’s be honest, part of what we arcade veterans miss the most isn’t necessarily the games, it’s the atmosphere. That dim, dingy, and noisy environment of the arcade was one of the biggest allures of many a misspent youth. Thankfully, with physical arcades few and far between, virtual reality can now deliver the game room of your dreams!

Digital Cybercherries has recently released a new and improved NewRetroArcade version 3 to the public! Developed as an exercise in programming using Unreal® Engine 4, the arcade is a loving throwback to the grim and gritty game rooms from the ’80s and ’90s. The immersive environment is best-suited for users of the Oculus Rift virtual reality technology, but is also available for non-VR play.

The big appeal of NewRetroArcade is not just the ability to play retro video games, but the detailed accuracy of everything surrounding the virtual space. A finely-tuned physics engine allows users to interact with objects, throw darts, shoot basketballs, and bowl strikes in the 10-pin bowling alley. As you hop from game to game, you can also insert your favorite cassette tape into the boombox to jam to your favorite tunes. Complete with blacklight carpet, it seems the only thing missing is the smell of stale pizza.

The free download only offers emulation technology to run the different consoles and systems, but not the actual game ROMs themselves. When I asked the developers about the legality of the virtual reality game room shown in the video above, Digital Cybercherries responded:

“The NewRetroArcade does not actually come with ANY illegal ROMs whatsoever, users may be directed to locations where files and packs can be obtained but nothing is shipped with the game itself. If you download it fresh and choose not to download the game packs, you’ll still have a functional environment with great internet-streamed music and a few good mini-games like bowling, darts and basketball. People do have the option to use the Arcade Builder inside the Launcher to modify the Arcade, adding their own ROMs and custom arcade cabinet art. Even custom SNES cartridges, posters and the music can be changed by people to make their own little slice of retro-heaven.”

Don’t worry, there are plenty of legal options out there for retro game ROMs including these arcade classics directly from the MAME developers. Regardless of what games you personally install, the product itself is outstanding. Get it and enjoy it while you can, however. There’s no guarantee that NewRetroArcade will continue to be supported since now that Digital Cybercherries has mastered Unreal Engine technology, their focus has shifted to their first actual title release currently under wraps. For now, simply enjoy this masterfully crafted bit of retro nostalgia.