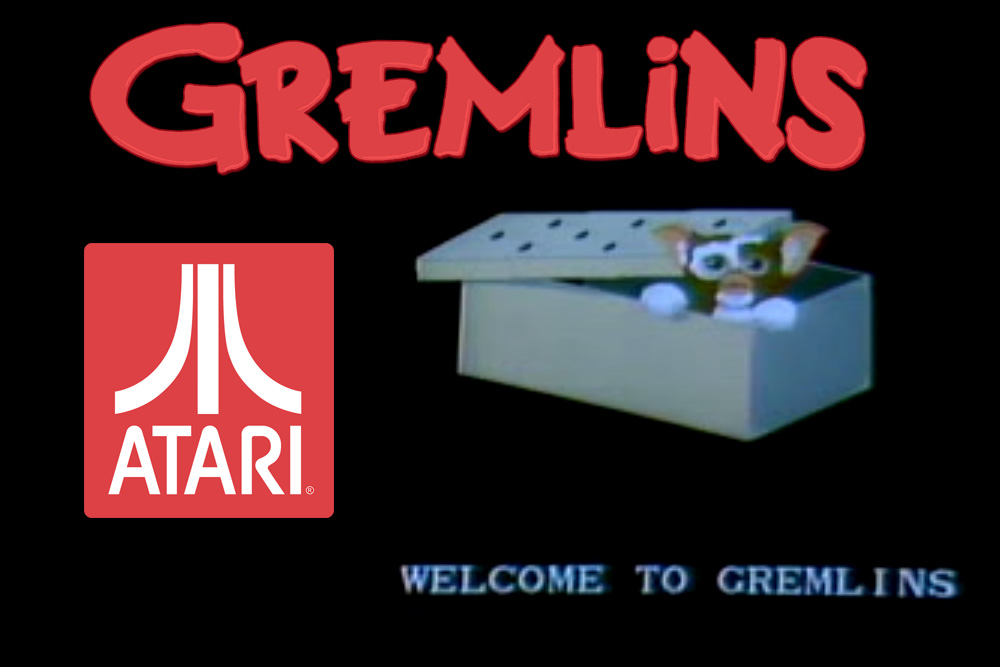 1984 was a great year for movies. It was the year that brought us Ghostbusters, Beverly Hills Cop, The Karate Kid, Police Academy, and The Terminator. It was also the year that brought us a creepy little gem from Joe Dante and Chris Columbus: Gremlins. Though Gremlins was pretty scary to kids, it was a merchandising machine appearing everywhere from lunchboxes and toys to underwear and even cereal. Video game maker Atari was also keen to get in on the action by releasing a quick and dirty game for the 2600 console system. However, did you know that there was a very different version in development for the arcade?

The unreleased Gremlins arcade game looks very different from the Atari 2600 version above.

That’s right. In a video that recently resurfaced among collectors, viewers can see the much more detailed and interactive Gremlins arcade gameplay. Designer Franz Lanzinger, who is most famous for gifting the world with the classic trackball game Crystal Castles, was the brains behind the unreleased gem. Instead of the Robotron-style of play like the 2600 game, it appears the arcade version played more like 720° with a near top-down view of main character Billy running around town shining his flashlight on the devilish gremlins. It is unknown if any actual circuit boards were printed for the game, or if it only lives on in very closely-held ROM files, but the video had to originate from somewhere. Gremlins the arcade game never made it past the prototype stage, but at least we now have some video that captures the possibility of what could have been.