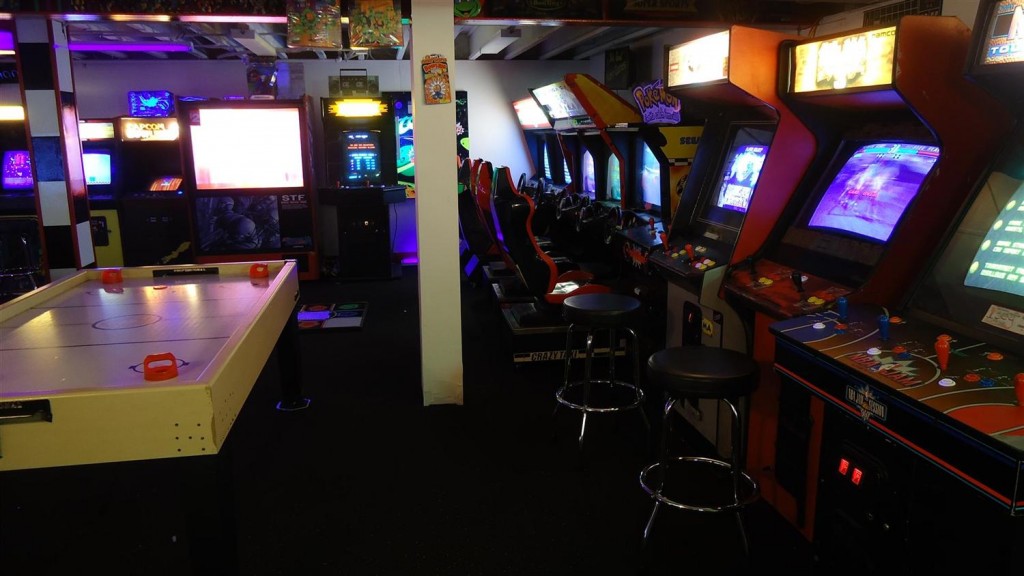 It may no longer be the case, but once upon a time, it was common to see dozens of people huddled around the newest arcade machine, trying to get a glimpse of the excitement. In fact, many arcades even installed an extra monitor on top of the new game so spectators could watch the action without distracting the players. It was with this excitement that Brian remembers his first coin-op memory: Walking around Jefferson Square Mall in Joliet with his brother and happening upon Mortal Kombat, a game so popular that a large crowd had formed and forced them to watch the battle unfold on the additional top-mounted screen.

By the time Brian worked his way to the front of the line to play his turn, he realized quickly that $4 allowance goes quickly when competing against college-aged youths with much more time and money. However, he wouldn’t know it at the time, but there would be a time in his life when Brian wouldn’t have to worry about budgeting his quarters since he would be able to play arcade games anytime he wanted – in his home gameroom.

The crowds may be gone, but the sights and sounds of the arcade are alive and well in Brian’s basement. Black lights shine down on a gigantic room filled with an arcade smorgasbord. It seems that nearly every type of coin-operated machine is represented from video games, pinball machines, an air hockey table, foosball, skeeball, a jukebox, and a Pepsi machine to a payphone, skill crane, redemption machine, change machine, and a quarter-operated prize machine. 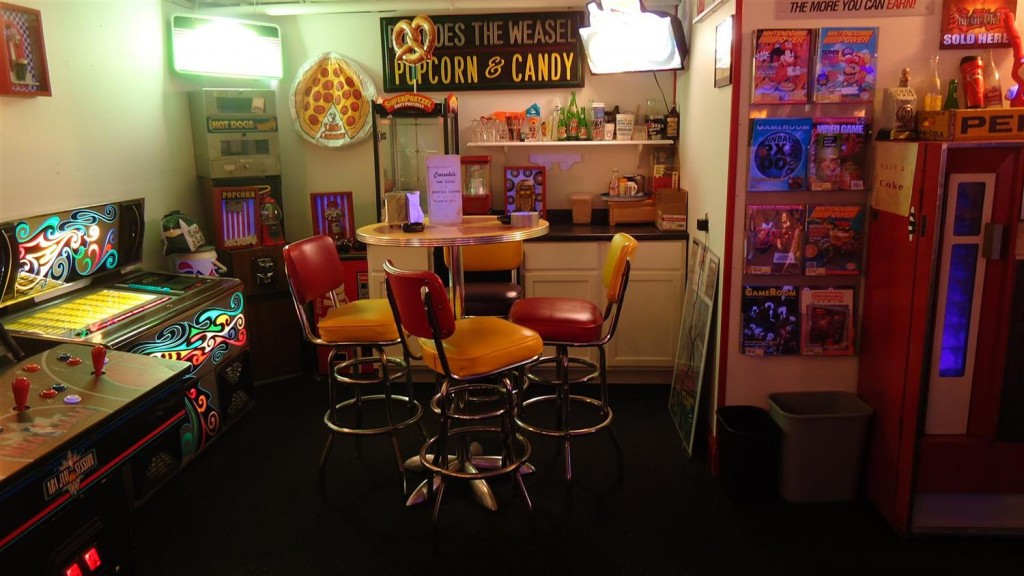 It initially started with only one machine that he owned for six years, but when he finally moved into a home with a basement, that one game quickly turned into two, then three. Before he knew it, Brian was adding new circuit breakers to his home’s electrical system to accommodate all the new additions. One quick way to accumulate so much so fast was to frequent arcade auctions. Taking his wife on weekend auction trips, and involving his two brothers, Brian quickly amassed the collection you see before you.

Although Mortal Kombat was his first memorable arcade experience, it is his NBA Jam that continues to create new memories.

“My favorite game has to be my NBA Jam. It does not get much play (normally), but when me and my three brothers get together and play it reminds me of being young, not having a care in the world, and just having FUN! (However, my) Favorite feature is the fact my wife let me take over and do anything I want to the basement for my sick obsession. She really has been very supportive of my hobby and I owe the entire basement to her. I love her very much for letting me live out my childhood dream and hope she knows that.”

Brian’s most recent auction pickup includes two dual sit-down driving games that aside from the back-breaking labor involved in moving them, came with $37 in quarters, three dollar bills, and six butter knives inside! You never know what you’ll find in Brians basement arcade (or inside his games, apparently). Unlike most of our featured gamerooms, Brian’s next step is actually to downsize his arcade collection.

“A lot of things do not get played and I even am starting to get sick of looking at them. I want a more open feel with more wall space for posters of even another couch/sitting area. I eventually plan to build a small theater room in the back corner and have a select few machines to go along with the theater theme.”

A smaller collection or not, Brian’s gameroom is sure to continue to provide his family and friends with enough fun to keep them coming back for more. And this time, Brian has a front-row seat for the action. 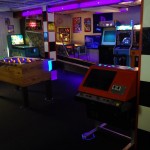 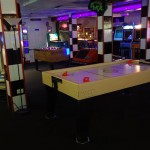 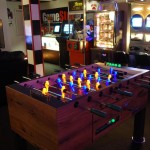 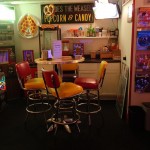 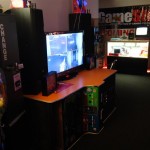 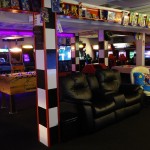 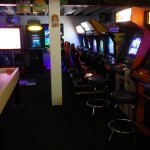 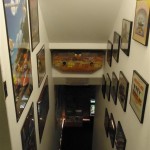 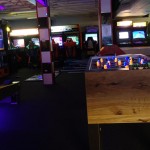