Pure entertainment. To many of us, that’s what gamerooms represent – the total package. Sure, you can have fun with only one arcade game, console, or pinball machine in your home, but when you are able to devote time and energy into creating a unique space for those games, that’s when you’re transported to a different time and place. While some people may just put their games in a corner and throw some decorations on the wall, others, like Sean O’Neal pull out all the stops. With his “Suzore #2”, Sean invites all his visitor to simply grab some popcorn, sit back, and enjoy the show. 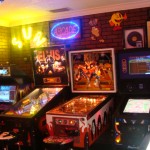 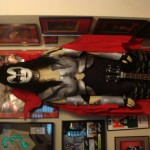 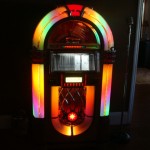 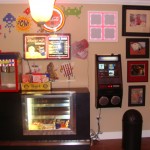 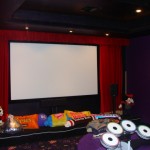 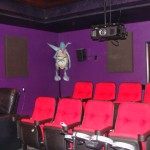 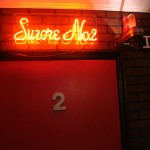 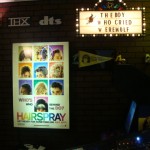 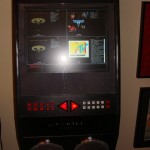 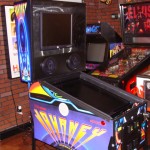 Ever since standing on a milk crate at the age of four and inserting a nickel to play pinball at his Grandfather’s bowling alley, Sean has had an appreciation for gaming. However, it wasn’t until he was an adult and tracked down a long-desired KISS pinball machine that he was able to own his own game.

I wanted the Kiss pinball for a long time. I finally tracked one down through a local operator who had one on route in a dive biker bar. I went to the bar to check it out just long enough to put a quarter in and play one ball and run back out to the car. I bought the machine for a nice price. The cabinet had turned yellow from years of cigarette smoke. I ended up completely stripping the paint, buying a stencil set, and redoing it. It turned out great (much to my surprise.) I also taught myself to do some basic repairs mostly through the great online site pinball repair, and now it works perfectly.

The KISS pinball machine is still in Sean’s possession, but his collection has grown to include several other games including a MAME machine, an Elvis pinball machine, and a custom Journey-themed Hyperpin loaded with over 150 titles. Although Sean has some really cool games, the real draw and reason for the unique name – Suzore #2, is his movie theater. Sean is a huge Elvis fan and explains the name of his theater and gameroom with this fact,

When Elvis learned that his first record was going to be played on the radio for the first time, he went and hid in a movie showing at the Suzore #2 in Memphis. His dad tracked him down there to tell him that there had been so many calls to the radio station after they played his record that the DJ wanted him to come down for an interview.

For his version of the Suzore, Sean enlisted the help of his father to construct the home theater which boasts a 120” screen, 8 authentic movie theater seats, an elevated platform with shakers installed to give movie-goers that extra jolt during the show. To give the theater theme even more authenticity, visitors are greeted by the smell of freshly-popped popcorn, a candy counter, and countless movie signs, posters, and memorabilia adorning the wall. While Sean’s collection of memorabilia is too numerous to list, some highlights include a life-sized Gene Simmons mannequin sporting an actual KISS-owned costume, Frank Sinatra’s jacket, Michael Jackson’s hat, and autographs from notable stars like Walt Disney, Bela Lugosi, and Boris Karloff.

Although some would argue Suzore #2 is perfect as-is, Sean is still keeping his eye out for pieces to add to his collection. Currently, he is on the hunt for a Journey arcade game to go along with his pinball machine and a Haunted House pinball to round out his collection. By themselves, movies and games are a way to escape. Combined, they form a wonderful world of nostalgia, fun, and excitement. Sure, Elvis may have enjoyed his time in the Suzore #2, but in Sean’s version, everyone can feel like a “king”.