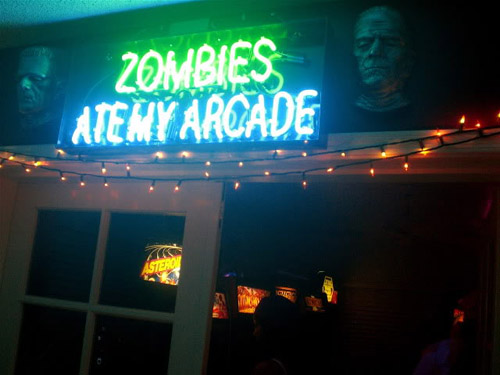 While your parents always said sitting in front of the television for too long would turn you into a zombie, they were wrong. It is, in fact, a room filled with coin-op machines that can turn one into a monster – not craving brains…brains…brains, but rather games…games…GAMES!!! For David Thompson, the “hunger” started early.

When I was a little kid, the cafeteria of my elementary school would convert to a rec center every summer. They had a Berzerk machine and a Pleiades (in a European cab), and I played them both every day for like three straight summers. I told myself that I’d own a Berzerk one day, and 15 or so years later, I made good on that promise. I’ve been collecting games ever since.

In homage to the horror genre in general, as well as a reference to the classic Super Nintendo game, “Zombies Ate My Neighbors,” the gameroom “Zombies Ate My Arcade” was born. A custom neon sign along with casts of classic Boris Karloff monsters greet guests of this spooky man cave. Arcade and pinball titles like Addams Family, Berzerk, and Time Traveler bring back fond nostalgia from David’s youth, which is what continues to compel his collection. 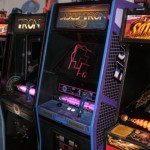 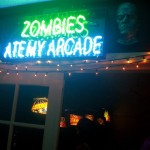 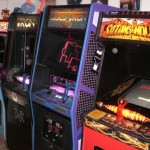 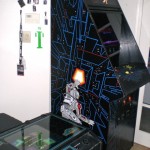 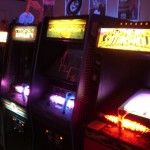 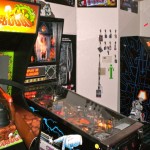 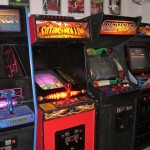 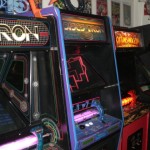 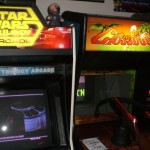 I’ve tried to fill my arcade with games that I enjoyed as a kid, but as I get more involved in the hobby, I keep discovering great games that I didn’t know existed as a kid (like Warlords and Major Havoc)

The horror theme runs through and through in this gameroom with creepy games like Satan’s Hollow and horror-themed posters like Friday the 13th lining the wall. Add some blacklight-effect games, some custom arcade toppers, and the transformation from ordinary room into one killer gameroom is complete.  While there are a huge variety of stimuli to absorb, all eyes are instantly drawn to the beautifully restored Major Havoc arcade game. Using a custom artwork package from This Old Game, David completed the conversion of this machine from an Atari Tempest into a dedicated Major Havoc.  From the side art application, the modification of the control panel to accommodate a roller control, to the new old stock (NOS) marquee, this may be David’s favorite project yet.

Not content to let the gameroom remain stagnant, David has some pretty excited changes in store for 2011.

By Halloween, I plan to replace the French doors that lead to my arcade with a moving bookcase- so my game room will have a secret entrance. You’ll have to pull a particular book in order to make the bookcase move. The shelves of the bookcase will feature “moving books” that will mechanically slide in and out on the shelf- giving the illusion that they’re being moved by ghosts. I’d also like to add a Mad Planets to the arcade and a Sea Wolf machine for my pirate bar outside of the game room. Eventually, I’d also like to install black light carpet- but that may be my 2012 project.

If you enjoy the eerie feel of Zombies Ate My Arcade, be sure to check out David’s band, 30 Fathom Grave. While they are currently recording their 3rd album, the band’s two previous albums are available for download from their website for free and can provide your own gameroom with the sounds that may want to make you look over your shoulder, you know…just in case. Thanks for sharing your gameroom with all of the other junkies, David.